FREE SHIPPING ON ALL ORDERS OVER $99*

Thanks for shopping MTN OPS Products and Gear. When your order is over $99, the shipping is on us! Get entered to win an all expenses wild boar hunt with recently retired UFC Legend, Chad Mendes and his outfitting business Finz & Featherz! How do you enter? Easy - All you have to do is sign up to become a MTN OPS INSIDER and you're automatically entered to win. The MTN OPS INSIDER auto-ship program not only receives an automatic entry to win, but every $5 spent on your first auto-ship sign up equals 1 additional entry. Sign up today and enter for your chance to win the hunt of a lifetime with, Chad! 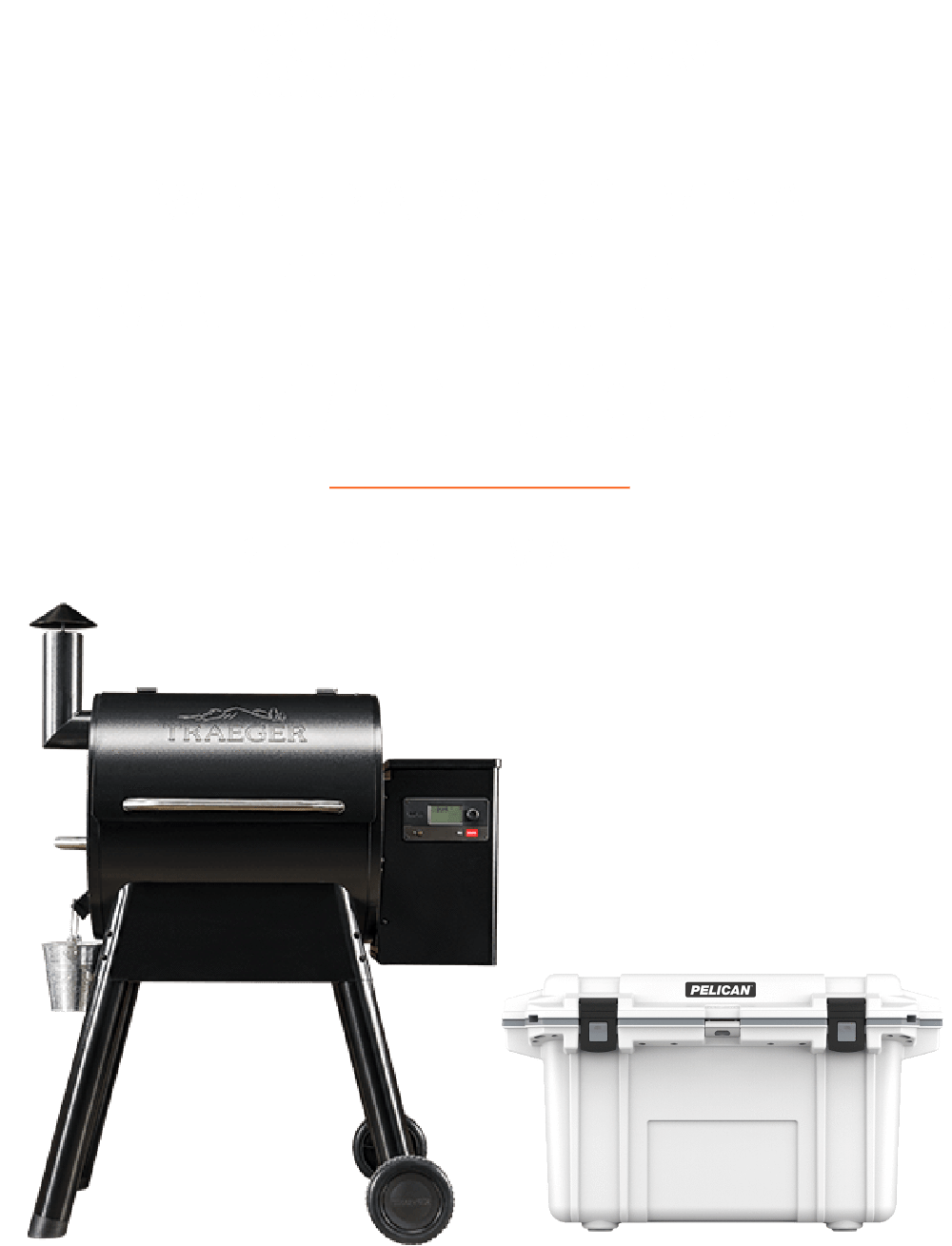 FILL OUT THE FORM BELOW TO RECEIVE AN ENTRY TO WIN

NO PURCHASE NECESSARY TO ENTER OR WIN THIS GIVEAWAY

ELIGIBILITY. Open and offered only to persons who are legal residents of, and reside in, the continental United States and Alaska (excluding Florida, New York and Rhode Island), and are 21 years or older when the Contest begins. Employees and directors of MTN OPS, LLC. ("Sponsor"), and FINZ AND FEATHERZ LLC (collectively, the Promotional Participants ) and each of their parent entities, subsidiaries and affiliated companies, advertising, promotion, or production agencies, Web masters and Web suppliers (and their respective IRS dependents, immediate family members and individuals residing in their same household) are not eligible to participate. Void where prohibited. By participating, entrants agree to these Official Rules and the decisions of the Sponsor and the Promotional Participants and waive any right to claim ambiguity in the Contest or these Official Rules.

HOW TO ENTER: Enter the prize drawing during the Contest Period by visiting the Sponsor’s website (www.mtnops.com ) and completing and submitting the official Web page entry form. Entries must be received no later than 11:59 p.m. MT on August 31st, 2019. Sponsor’s computer will be the official time clock for the Contest. Any attempt at e-mail or other Internet entry is void.

No Limit to entries per person. Sponsor, Promotional Participants, their respective parent companies, affiliates, subsidiaries, distributors, participating retailers and advertising and promotion agencies, and all of their respective officers, directors, shareholders, employees, agents and representatives (collectively, "Released Parties") are not responsible for illegible, damaged, lost, late, delayed, deleted, incomplete, stolen, misdirected, or undeliverable entries; or for the incorrect or inaccurate entry information whether caused by site users, tampering, hacking, theft or destruction, or unauthorized use of the applicable Web site, or by equipment or programming used in this Contest, printing, human processing or other error or omission; or for any error, interruption or unavailable network, server, satellite, Internet Service Provider (ISP), Web site, or other connections; or for miscommunications, failed computer, telephone or cable transmissions, lines, or technical failure; or for jumbled, scrambled, delayed, or misdirected transmissions, computer hardware or software malfunctions, failures or difficulties; or for any other errors of any kind, whether human, mechanical, electronic or network.

Entries are null and void and will be rejected if not obtained in accordance with these rules and through authorized, legitimate channels, or if they are from other games or contests, if they are copied, computer generated, or mechanically reproduced, or if any part of an entry is counterfeited, illegible, mutilated or tampered with in any way, or if they contain or reflect printing, typographical, mechanical, or other errors. Should any portion of the Contest be, in Sponsor’s sole opinion, compromised by virus, worms, bugs, non-authorized human intervention or other causes which, in the sole opinion of the Sponsor, corrupt or impair the administration, security, fairness or proper play, or submission of entries, Sponsor reserves the right at its sole discretion to suspend or terminate the Contest, and select winners from eligible entries received prior to action taken or as otherwise deemed fair and appropriate by Sponsor.

DRAWING: Sponsor will conduct a random drawing on or about 12:00 p.m. MT on October 1st, 2019 from all eligible entries timely received by Sponsor. Participants need not be present at the drawing to win. The decisions of the Sponsor are final and binding in all matters relating to this Contest. The potential winner will be notified via e-mail or telephone, at the e-mail or telephone number provided by the participate, on or about October 1st, 2019. Following the notification, the winner has four (4) days to respond to the Sponsor. If the winner does not respond within the four (4) day period the prize will be forfeited by the winner and an alternate winner will be drawn, who will also be given four (4) days to respond or another alternate winner will be drawn with the same process until a winner is determined.

PRIZES/ODDS: ONE (1) GRAND PRIZE WHICH INCLUDES THE FOLLOWING: Round-trip air transportation for ONE (1) from the major U.S. airport nearest to the winners home, lodging and meals with FINZ AND FEATHERS LLC., and a guided pig/boar hunt for ONE (1) person.

Items not included in the Grand Prize include, but are not limited to: Taxidermy fees, shipping fees for processed meat or other items from hunt location, alcoholic beverages, and Passports.

Total approximate retail value ( ARV ) of the prize is $4,000. Any difference between the stated ARV and the actual value, if any, will not be awarded. Odds of winning depend on the number of eligible entries timely received by Sponsor.

Winner must be eligible to obtain any required hunting licenses or permits. Travel and accommodations are subject to change and availability, and restrictions may apply. Sponsor will determine airline and flight times in its sole discretion. Hunting trip may be videotaped as a potential web promotional video. The trip must occur between January 1st, 2020 and December 31st, 2020. Sponsor will determine the exact days and times for the hunt at its own discretion. If winner cannot take the trip as stated, or if the winner is not eligible to obtain any required licenses or permits, the Grand Prize in its entirety will be forfeited and may be awarded to an alternate winner selected by random from all remaining eligible entries timely received; provided Sponsor may extend such booking date in its sole and absolute discretion if verification of a winner makes such booking date impractical. Winner must comply with any and all federal, state and local laws and regulations, and complete all required paperwork, along with all liability waivers prior to prize fulfillment. PARTICIPANTS ACKNOWLEDGE AND AGREE THAT THE PRODUCTS OR SERVICES INCLUDED IN THE GRAND PRIZE ARE PROVIDED BY THE RELEASED PARTIES AS IS AND WITHOUT ANY WARRANTY, EXPRESS OR IMPLIED, GIVEN BY THE RELEASED PARTIES.

All expenses not specified herein are the sole responsibility of the winner. Expenses which are known and not included are any overnight lodging in route to or from either trip, taxidermy, meat shipping, luggage, excess baggage fees on airlines (including without limitation any excess baggage required on return flights to transport harvested meat), transportation to and from the major airport nearest the winners residence (including any overnight lodging in route thereto), alcoholic beverages, and all applicable federal and state taxes. Winner must sign eligibility and liability release documents, including a completed W-9, prior to the disbursement of the prize. Sponsor will provide the winner with the corresponding IRS Form 1099 by the required IRS deadlines.

Any other prize details will be at the sole discretion of the Sponsor and/or Promotional Participants. Winners may not substitute, assign or transfer the prize, or redeem the prize for cash, but Sponsor reserves the right to substitute any aspect of the prize with an item of equal or greater value for any reason in Sponsor’s sole discretion.

ANY ATTEMPT TO DELIBERATELY UNDERMINE THE LEGITIMATE OPERATION OF THE CONTEST MAY BE IN VIOLATION OF CRIMINAL AND CIVIL LAWS AND SHOULD SUCH AN ATTEMPT BE MADE, SPONSOR RESERVES THE RIGHT TO SEEK DAMAGES AND OTHER REMEDIES (INCLUDING ATTORNEYS' FEES) FROM ANY SUCH INDIVIDUAL TO THE FULLEST EXTENT OF THE LAW, INCLUDING CRIMINAL PROSECUTION.

You understand that you are providing your information to Sponsor and Promotional Participants which may be used in future promotional programs. Please direct any questions or comments regarding this Contest to Sponsor at 251 S. Mountain Rd., Fruit Heights, UT 84037 or email at support@mtnops.com